The recruits' are the duo dispatched by the Kozanese Royal Defense Force to destroy a SPASDOT base in the capital city of Kozankyo.

This article is a stub. You can help Drillipedia: The Chuhou Joutai Wiki by expanding it. 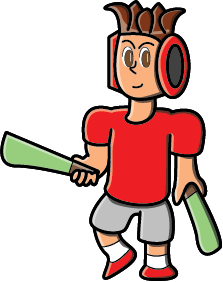 Susume Takajima, also known as The Real Driller, is a programmer who once attempted to join SPASDOT, but was arrested for attempting to promote terrorism. After pleading guilty and agreeing to cooperate with the Kozanese Royal Defense Force, he seeks to find and defeat Jack "Hearthcliffe" Fawkes.

He goes into battle with two attacks: the Suspect Seekie with auto-aiming capability; and the Dragon Beam, a slower weapon of comparable power. 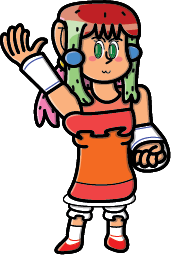 Kagami Ochiai is a pop-idol sensation rumored to be a princess despite a lack of royal blood, though she does descend from the daimyos (feudal lords of Japan), with her grandparents still heading a daimyo family in Kozan.

She goes into battle with two attacks: the Cherry Bob-omb, which explodes and releases fragments upon impact, and the powerful but slow Atmosphere Laser.